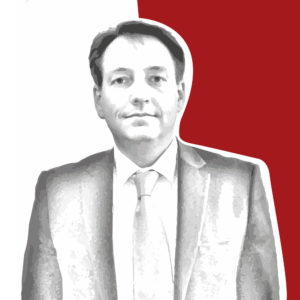 Global equities declined sharply in the fourth quarter in many markets, with the S&P index losing 14% in the last quarter and ending the year down 6.2%, and the Eurostoxx 50posting a 14.3% decrease in 2018. Small capitalisations were hit particularly hard, the CAC Small Cap contracting 26.8% over the year. The correction impacted all sectors. Even technology stocks, which had risen sharply in the first half of the year, fell sharply at the end of the year.
The economic slowdown is real; the IMF is now forecasting global growth of just 3.7% for 2019 compared with 3.9% at the beginning of the year. The trade war continues at Donald Trump’s whim and fancy, and there is still no resolution to Brexit. Italy, meanwhile, is struggling to gain EU approval for its budget. Social conflict in France will hamper growth and increase the deficit. Lastly, Germany, the Eurozone’s driving force, is suffering from the consequences of the China-US trade war as the leading European exporter.
In Asia, China’s need to manage the shift from a production economy to a consumer economy has naturally resulted in more moderate economic growth of around 5.4%.
The Fed pursued its strategy with four rate increases and has announced two more for 2019. The ECB has terminated its asset purchase programme and is hinting at potential rate hikes after the summer. At the same time, yield curves remain extremely flat owing to low growth and inflation, as well as risk aversion on the part of investors.
New challenges are expected for 2019. In the United States, Trump is entering a pre-election year (with the next election to be held on 3 November 2020) and will consequently continue his reforms at a brisk pace. His main issues are finding a resolution to the shutdown, which has now lasted four weeks, making it the longest in American history, as well as funding for the construction of the Mexican border wall. He is also due to announce other infrastructure projects in the United States as promised during his election campaign, and the continuation of changes to the Obama Care healthcare system. Trump also intends to regulate certain industries, including technology companies, which he would like to see increase domestic production.

This paints a gloomy picture, but there are some bright spots. Central banks will remain market-friendly and not spoil a global recovery. In addition, companies posted record earnings growth in 2018 and the outlook still shows growth despite revised growth rates that are more in line with economic reality.

Against this backdrop, we are keeping a significant proportion of liquidity in our portfolios and favouring large caps where liquidity is efficient and visibility higher (Air Liquide, Berkshire Hathaway and Essilor). After a difficult year for emerging countries, we see an opportunity to strengthen in this area, where valuations are attractive. The December decline in major US tech stocks allowed us to buy back shares such as Amazon and Netflix, and we will take advantage of the sector’s volatility to make cheaper purchases. Oil has also suffered from the environment, with Iran dropping below $50 a barrel. This enables us to initiate or strengthen positions in the sector through stocks such as Total, Haliburton and Technip.

All investors’ eyes are currently focused on the progress of negotiations between Donald Trump and Xi Jinping, who have the power to lift the great uncertainty currently depressing global stock markets. China and the United States are currently the two metronomes setting the pace of markets in 2019.